19-year-old Ibiso Wilberforce, who went missing in Port Harcourt, the River State capital, has been found.

Recall that the teenage girl was declared missing after she failed to return from church on Sunday, October 4, around the Sand Field axis of Borokiri. Here

Confirming the development to a Port Harcourt news portal, on Monday, October 12, her sister, Lundi Wilberforce, said the teenager was found on Saturday night at 11:30pm, about a week after she went missing.

According to her, Ibiso was held hostage by ritualists who dropped her off at the same point they abducted her on October 4.

“Her escape was just a miracle according to her explanations. Only she can truly explain what really played down there, we are just grateful for her life,” said Lundi Wilberforce.

“She was on the road trying to locate my granny’s house which was close to the place they dropped her when vigilante saw her and immediately called the lines displayed on my post. We then instructed them to take her to the nearest police station or take her to my granny’s house since the place is not far from her place. That was around half pass 11 pm”.

However, the development has elicited cynicism and disbelief with people questioning Lundi’s story. They descibed it as “lies, story for the gods, Kangaroo story”

Below are some of the comments. 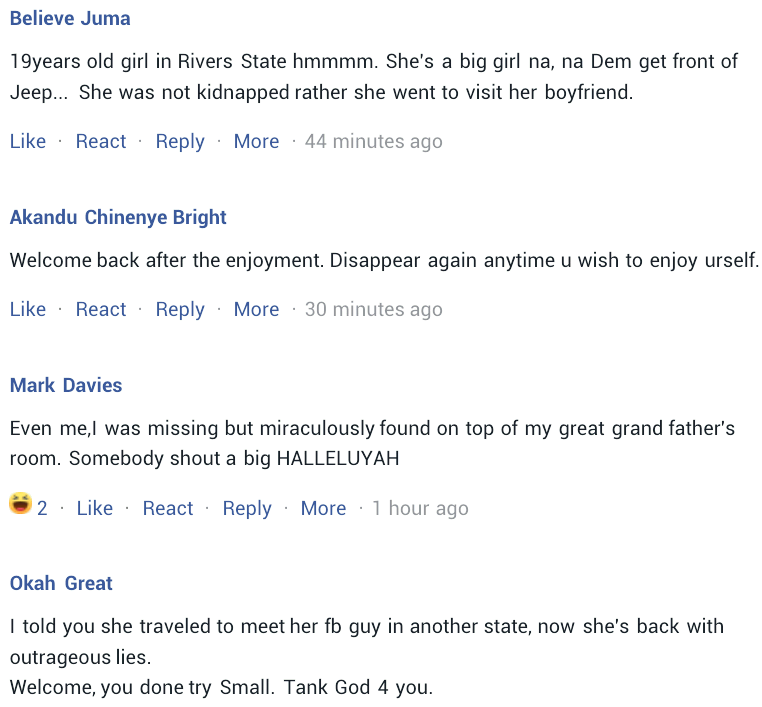 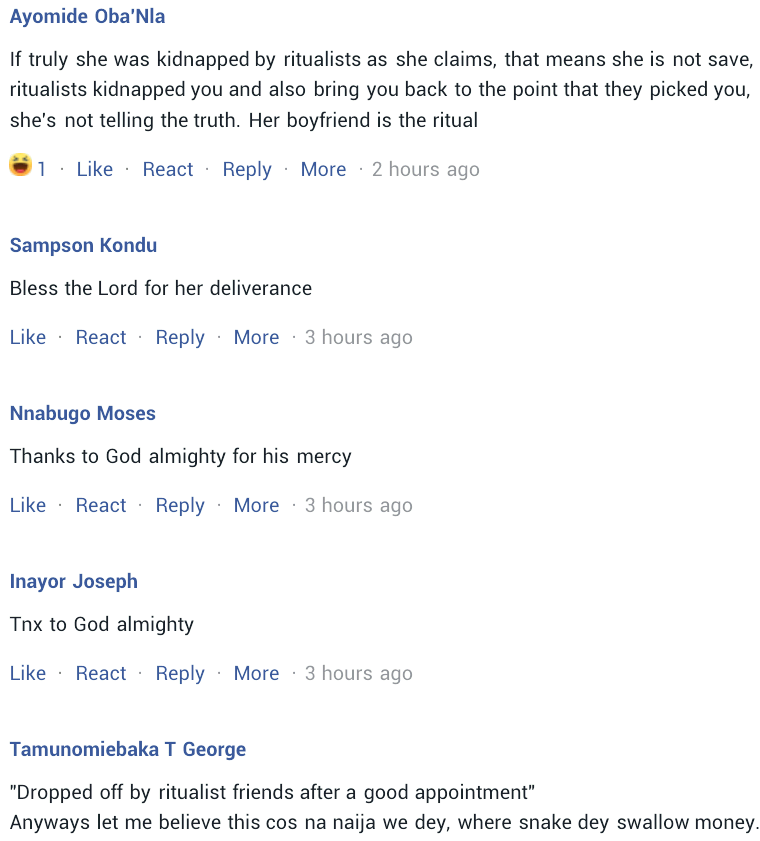 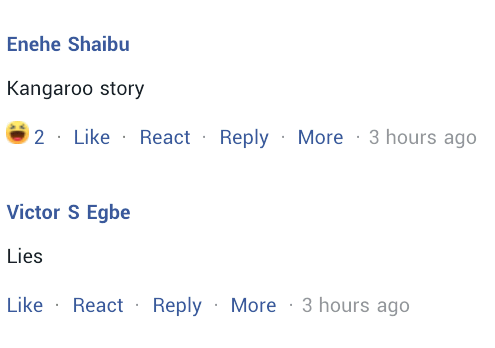 #EndSARS protest: Man who recorded a video of Ajuwon policemen assaulting a Sports journalist has allegedly been arrested