A man took to Twitter to narrate his heartbreaking encounter with a former fashion designer who fell on hard times and now sells oranges on the streets of Lagos.

Okikiola explained that he saw the woman on his way to work and initially thought she “wasn’t OK psychologically”. However, on getting closer, he noticed a sack containing oranges near her.

He engaged her in a conversation and realized that she’s well-spoken. The woman explained that she was a fashion designer. Unfortunately, she fell on hard times and had to start selling on the streets of Lagos.

Read his thread narrating the encounter below. 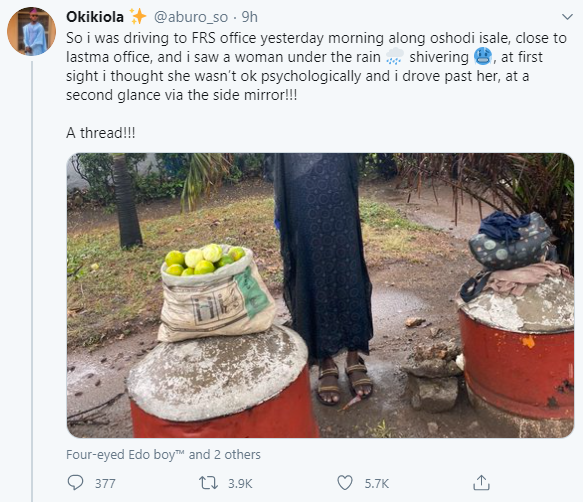 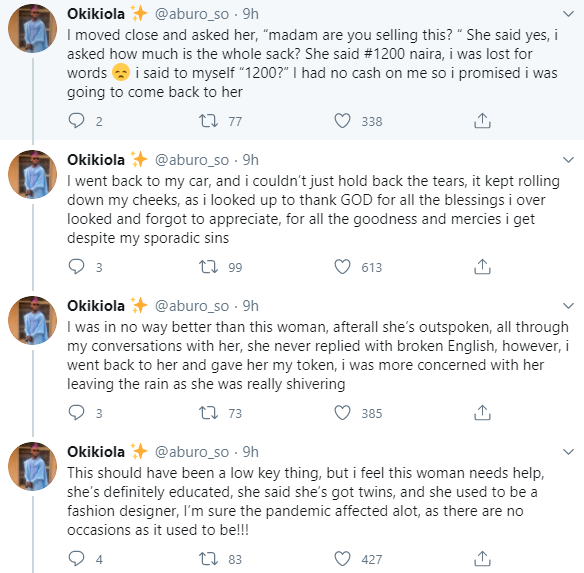 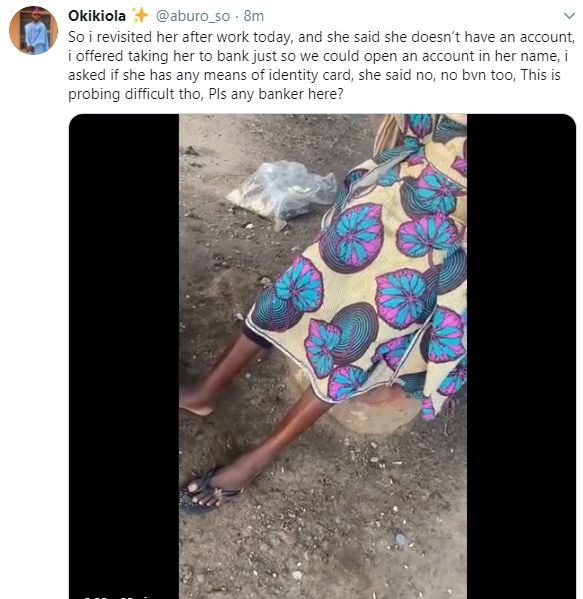 See Billboard’s Most Streamed African Artists. 8 of them are from Nigerian.