Oshiomhole Faces Final Battle before Election, As Twelve Top Leaders of Apc Challenge Him And Tinubu

The National chairman of all progressive congress Adams oshiomole, is facing another battle with 12 top leaders of APC, who are challenging the powers he has to take certain decisions without the national working committee’s approval. They are equally alleging the national leader of APC bola Ahmed tinubu, that he is the backbone behind the actions of the National chairman Adams oshiomole, that is the reason for his silence, over them matters concerning Edo state primary elections. 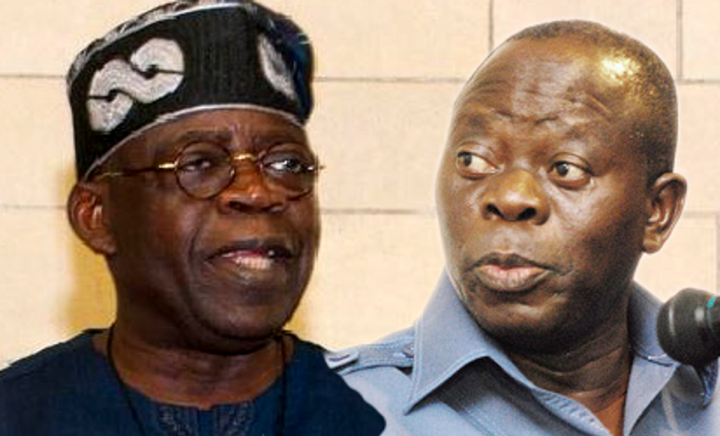 View pictures in App save up to 80% data.

These leader accused Bola Tinubu of keeping silent while oshiomhole continues to abuse his office, meaning that he is supporting his actions.

They accused oshiomhole of abuse of office, because he is working without other members of the national working committee.

Secondly , he had become one man squad he now takes decision that belong to the entire Apc.

That oshiomhole, back stabbed the entire national working committee when he met first with INEC and discussed the mode of Primary elections before convening the meeting on the decision which he has taken already.

He refused to convene the meeting of the National Executive Committee of APC to consider critical decisions on Edo state primary election.

He is using a Pdp Loyalist , who did support president Buhari reelection , who has a case with the Efcc on public fund mismanagement to fight an incumbent Governor.

According to them, Apc is our party we will not allow one man to decide for everybody, we must fight hard to restore Apc to sanity.

Igbos Don’t Believe In Begging: See How This Little Boy Makes His Money

Girl, 17, who shot the George Floyd video that sparked worldwide protests and led to charges against the four cops involved says she wasn’t trying to be a hero as she is pictured for the first time

15 Funny Couple Photography Ideas That Will Make You Laugh

No Need For Two Phones: See Ways On How To Use More Than Three Networks On One Phone

Check out interior Pictures of Ini Edo mansions, and cars at Lekki.