Regions that will decide Elections 2020 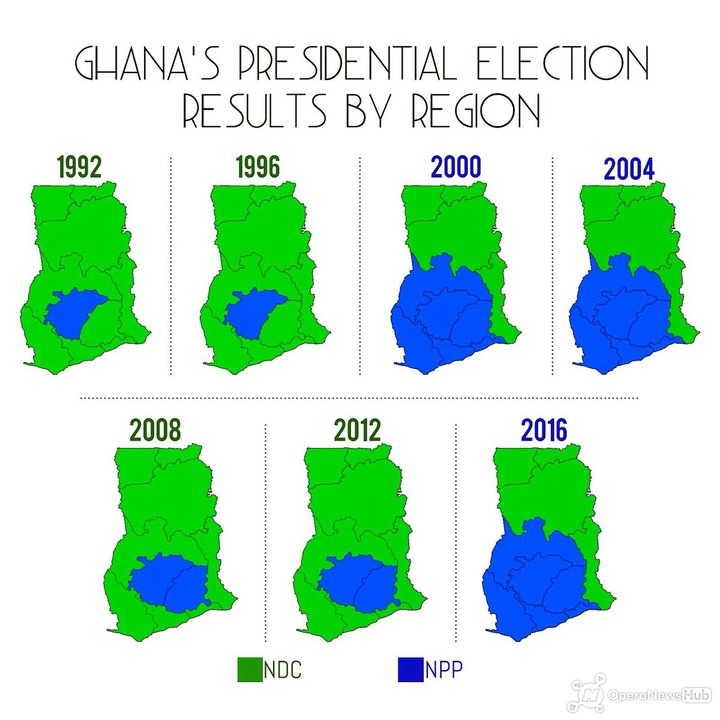 Since the beginning of the fourth republic, there has been 7 general elections in Ghana that have decided who would take the reigns of the government of Ghana for a given four years. In these 7 general elections, 5 presidents have been elected. In all the 7 elections the National Democratic Congress has won 3, the New Patriotic Party has won 3 and the Progressive Alliance which was a combination of the NDC and the National Convention Party. All these 7 elections has never been won by a first time candidate. That is, all winners of the elections have contested at least once.

However, this year’s elections presents a very interesting paradigm as there is no new candidate in this year’s elections. The flag bearer for the NDC, Mr. John Mahama is seeking to be elected again as he was ousted in the last election and the flag bearer of the NPP, Nana Addo Dankwa Akufo-Addo, is the president of the Republic of Ghana and is seeking a second term.

In Ghana, the general elections are decided by popular votes and so every vote counts. There are regions in Ghana that tend to lean predominantly towards the NPP, and there are those that lean towards the NDC. However, there are those regions that do not show a particular leaning but are critical in order to win the elections. These are the swing regions and these regions tend to be very competitive.

In this article we will list the top 5 most competitive regions in Ghana based on past election results. In order to win the 2020 elections, either candidates would have to win all or at least 3 of these regions. 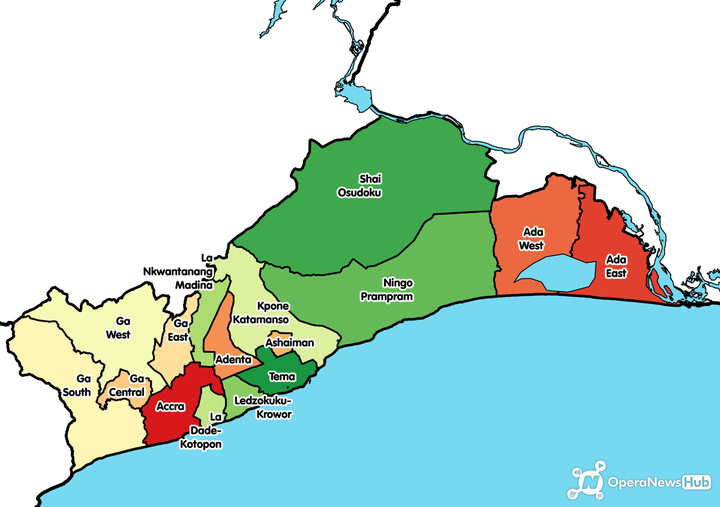 Greater Accra has a competitive index of 98.5. Greater Accra which is the capital of the country will be very crucial in deciding who finally wins the elections. Historically, any party that wins the Greater Accra usually go on to win the General Elections 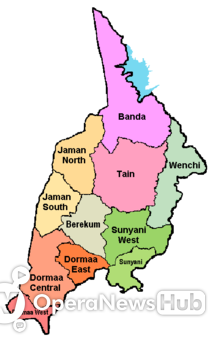 The Bono Region is a part of the former Brong Ahafo region and has a competitive score of 91.7. The Bono Region can not be called for one particular party and thus one a reason it’s part of this list.

The Western Region has a competitive score of 86.4 and is the last of the most competitive regions. The region may not be as competitive for the big parties as the earlier regions, however it will be a very important region in deciding the General Elections.

The competitive index score was generated by Vote233.

You can also follow me on @Felix_007 using the follow buttom at the top of this article.

How Favour Was R*ped, Left With Spinal Cord Injury Few Days To Her 17th Birthday