” I am a very good Observer and Imitator’’, Vivian Jill Reveals – OdarteyGH 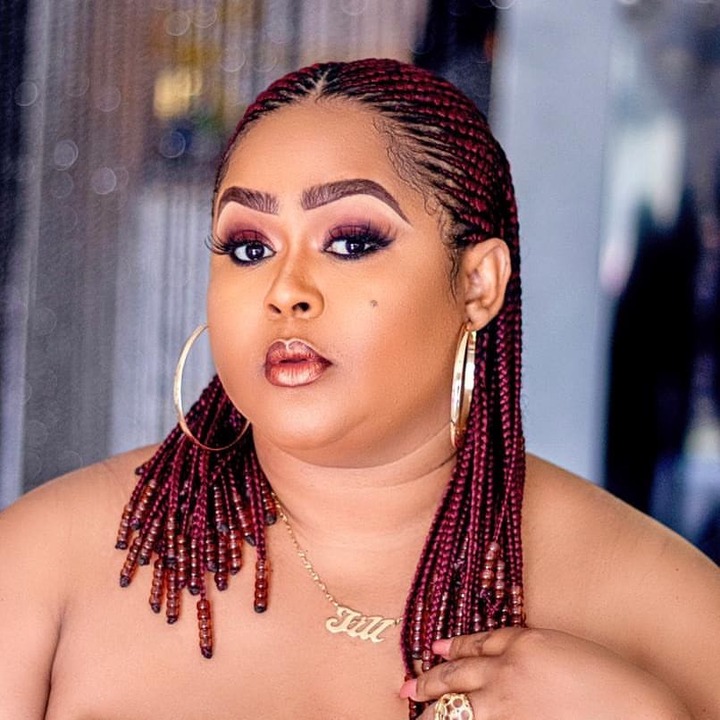 Actress Vivian Jill in an interview on Accra Fm disclosed how observant she is as a person. This comment was in response to the question posed by Nana Romeo the presenter of the show asked the actress if she is a naturally calm person or otherwise.

Vivian Jill furthered by saying, she was naturally a calm person. But due to acting, she has become a little feisty. She said you cannot judge her character by her movies because they go according to the script given to them.

The actress indicated that due to the nature of the roles she plays in movies, she observes and imitates a lot of things. Which she feels will be good for a particular role she is set to play in a movie. She stated she copied some of the roles she played in movies from those close to her like her uncle and grandmother.

She revealed she will no longer act as a marine spirit in movies. Because a child almost collapsed upon seeing her due to this, she is scared of taking such roles.

The actress indicated she gets backlashes from a lot of people who watch her movies. It got to a point where she regretted going into acting. To the extent, she called her manager and told him she can no longer work as an actress.

We learn through observation and imitation. Although the actress has already couched a name for herself in the movie industry. She continuously learn to enhance her craft.