KILLI WE: An Extraordinary being you will never believe existed

History: The Legend of Kill we

“Killi-We” Nwachukwu was celebrated for two decades as a homegrown Nigerian “superman.”

He came from the Eastern part of Nigeria, he was a native of Oboro Umueze Ogwa in Mbaitolu L. G. A, IMO state. Some of his legendary feats of strength included lifting buses, having cement blocks crushed on his head, and allowing cars to drive over his body.

He was born in early 30s and was a great natural Superman!. His name was Nwozuzu Nwachukwu (Son of God). But he was nicknamed “Killi We” after a fight with a well known stubborn man called “Tick man” who refused to pay him his money for a truck load of goods he conveyed from the market to the man’s home.

He did so many things to make his living, in which pushing a wooden two wheel truck was one of them, with which he carried goods for people. As at then, Truck vehicles were not around, or were not affordable. So, after dropping off the goods, the man (Tick man) refused to pay the amount of money Nwachukwu charged, claiming it was too high. He tried to walk away and Nwachukwu grabbed him by the hand insisting he pay his money. A fight ensued and he ended up pinning the man to the ground. The man’s wife ran in and came out with a wooden pestle to help her husband but Nwachukwu snatched it from her, lifted her up and pinned her on top of her husband on the floor. Powerless, she started screaming, Killi We Nwachukwu!, Killi we Nwanchukwu!” meaning, Nwachukwu, kill us! That was how he got the nickname “Killi we”.

He was so popular back in eighties, going to schools to perform shows was also one of the things he did to earn money. Students paid 50 Kobo to watch him perform then, He carried 10 bags of cement on his stomach and tugged a 504 peugeot SR with a rope on his teeth. Story had it that even when he died, his body was deposited in one Aladinma mourtuary, and in the night, he will carry all other corpses and stretch himself on them. He continued doing this till he was rejected by the morgue. He was so real even while dead.

People that knew him well enough described him as a fat dude and used to tour the country performing stunts like grabbing cars by the bumper and preventing it from moving as someone stepped on the pedal. Was too popular that people sang with his name (Seven-Seven song about Killiwe), “Killiwe Nwaozize Nwachukwu, Abeg make you help me carry my load”.

Some people then doubted and till date people still doubt that he was a normal person but based on his history, He was a real human being with extraordinary gifts and talents that was beyond imagination…

May his soul keep resting in peace! 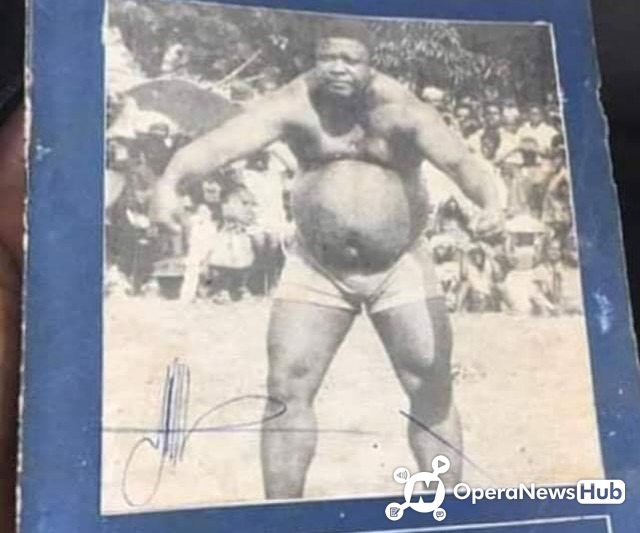 Lucky People Who Survived The Impossible

12 pictures of foreign celebrities who did plastic surgeries that failed.

You Mess Around With My Wife, I Will Kill You – Adeboye [Video]