Awards Not My Focus – Patience Nyarko | 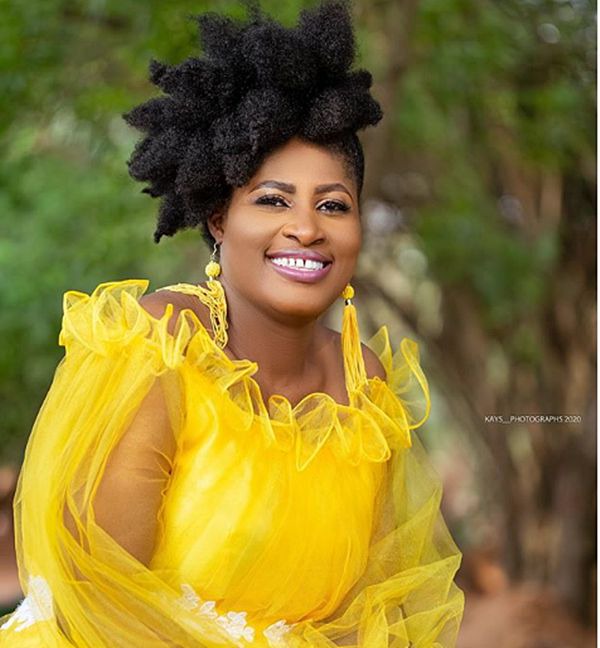 One of Ghana’s creative gospel artistes, Patience Nyarko, who shot her way into the music scene in 2013 with an album, ‘Mekasa Ama Ewurade’, says she is focused on making music to change lives rather than winning awards.

“Awards are nice, but that is not why I do music. I am not bitter about not winning awards. I get a lot of testimonies from people listening to my songs. That is more than winning awards,” she said.

According to her, her focus now is to make a difference in the lives of many who want to know and follow the principles of Christ.

The young and soft spoken gospel musician, who said she wanted to use music to promote the teachings of Christ, told Happy FM’s DJ, Advicer, in an interview on the ‘Ayekoo after Drive’ show that her music was a duty from God and as such, all her songs “are filled with God’s spirit.”

She noted that God had blessed her with the talent to sing and that she would make good use of her talent for more years to come.

Patience Nyarko has been consistent with her musical work and making sure that the relationship she had established with her admirers and other gospel music lovers remained cemented.

Her presence in the gospel music industry has given her the opportunity to use music to educate the people about the teachings of Jesus Christ.

She has won a number of awards including Artiste of the Year at the Ghana Gospel Industry Awards 2012. She has also been nominated several times for awards in different categories at the Vodafone Ghana Awards.

In 2016 Patience Nyarko was awarded Pan-Africa Inspirational Gospel Songwriter of the year, at the maiden edition of Pan-Africa Eminence Awards, for her commitment, dedication and immense contribution in spreading the gospel and reforming people through music.

Ahead of the 2016 elections, Patience Nyarko composed a peace song dubbed, ‘Ye Pe Asomdwe’, which specifically aimed at increasing awareness on the need for a peaceful election.