But his girlfriend doesn’t find this funny at all, this caused a very hit argument between this two love birds. The girlfriend get to find out about this when she successfully got his phone password and could unlock his phone to go through his Whatsapp chat.

That’s where she saw the dirty chats between her boyfriend and his Ex girlfriend. The guy claims there is nothing going on between them, he says they had that dirty chats together whenever they are bored.

In my own opinion, I will say that was too much for a lady to take in. You can’t expect her to believe such statement.

It is very very wrong for him to still be having such chats with his Ex, your Ex shouldn’t owe you more than a call, and that should even be ones in a while. He gives the lady to other choice because he is the cause the break up. 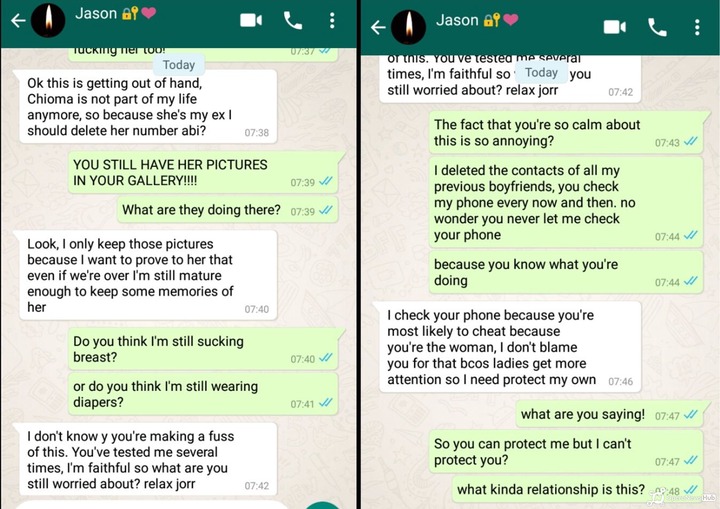 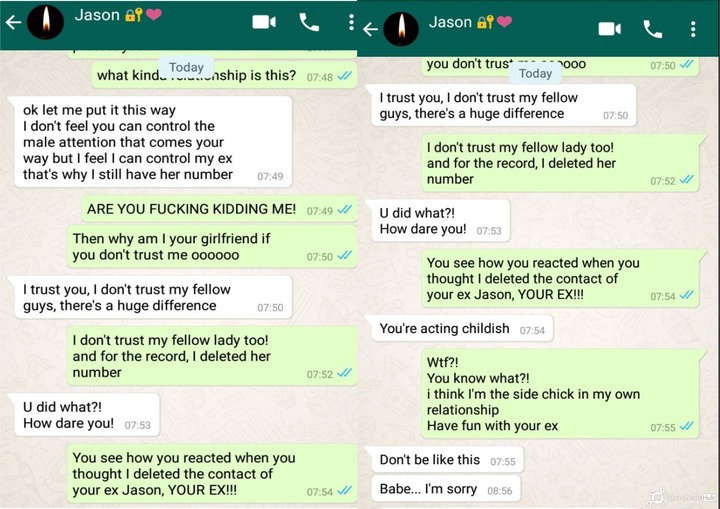 Video: CCC member ties son in sacks, locked him inside wardrobe for four days as punishment for stealing

CORONAVIRUS: 8 Simple Ways You and Your Family can Avoid Getting Infected, Don’t Miss Any $teps!

Today is Saturday, Entertain Yourself With These Funny Memes

How to lighten your dark elbows and knees