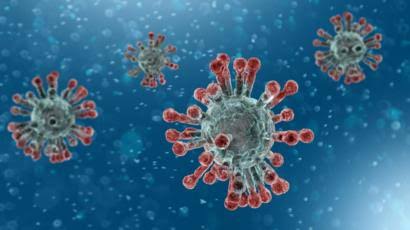 The source of the viral claim that the erection of 5G mast the cause of coronavirus has turned out to be a pastor in the United Kingdom, The Guardian UK reports.

Pastor Jonathon James regularly preached at churches in Bedfordshire and the Light City Christian Ministries in Luton. He was the previously unidentified individual who reached millions of people with his detailed but unproven claims that Covid-19 is a fake disease covering for the impact of 5G.

He claims to have at one point advised central bankers in “the Congo” and Bangladesh on cryptocurrencies and he has posed with the South African president, Cyril Ramaphosa.

In late March, a recording by the former Vodafone executive, who claimed to reveal the truth about the invention of coronavirus, spread around the world.

James said the coronavirus pandemic is a cover for a global plot to install 5G mobile phone masts, track the world’s population through vaccines and destroy humanity.

“It has nothing to do with biological warfare but is our bodies reacting to radiofrequency radiation,” James said in the 38-minute recording.

He claimed that the real cause of global deaths was new mobile technology causing cell poisoning, saying “They are using coronavirus to try to hide the fact that people are dying from the 5G frequency.”

Although James was not the first individual to attempt to connect the pandemic to 5G, the popularity of his recording grew at the end of last month, just as people believing the conspiracy theory began to burn down phone equipment and harass telecoms engineers.

James suggests that Bill Gates is involved in a plot to produce coronavirus vaccinations that will contain computer chips to track individuals, a move he claims will ultimately herald the destruction of society.

“The coronavirus is not what’s killing people, it is clearly, categorically, unequivocally proven that the radio frequencies we are being exposed to are killing the people,” he said without any evidence. “God has blessed me with the ability to bring disparate pieces of information together that puts the puzzle together and makes sense of it.”

Many copies of the recording have been deleted by YouTube for breaching its policy on dangerous misinformation, but new uploads are constantly being made available.

Delivered in the form of a sermon, the recording has racked up millions of views across other networks and continues to circulate on WhatsApp.

Much of the audio clip’s claims to credibility rely on James’s assertion that he is the former head of the largest business unit at Vodafone, supposedly giving him the inside track on new technologies at one of the world’s biggest telecoms companies.

Vodafone insiders told the Guardian that while James had worked for the company, he was hired for a sales position in 2014 at a time when 5G was not a priority for the company and was unlikely to be part of his focus. He reportedly left Vodafone after less than a year.

Despite this, many of the leading online anti-5G groups repeatedly refer to the supposed censoring of a “former Vodafone boss” as a key source backing up their beliefs, with the recording spreading out of the UK and reaching large audiences in the US and Nigeria.

Nigerian pastor and president of LoveWorld Incorporated known as Christ Emabbasy Pastor Chris Oyhakilome also narrated the link between 5G radiation and the spread of coronavirus all over the world.

Oyhakilome said governments all over the world were directed to declare lockdown so that 5G masts can be installed without disturbance.

He has, however, walked back his comments.

James’s identity was pieced together by fact-checkers Logically and the Guardian UK. When contacted, the preacher said he “was absolutely shocked that [a] somewhat ‘private message’ to a dedicated small community went viral and [was] ubiquitously covered [on] various social media platforms”.

“I certainly wasn’t trying to vilify, incriminate or implicate any mobile network operator for their commercial endeavours to roll out their unified telecoms and next generation of mobile topologies in this regard.

“Had I known my voice note would have gone to a wider audience I certainly would have contextualised my thoughts, been more specific on what I was sharing citing references, and far less explicit. I was simply trying to summarise what the ‘perceived truth’ was behind this bizarre pandemic in the interest of serving my community.”

One million masks purchased in Canada not useable: govt

Tinubu: I’m Not in Self Isolation