Lockdown: Over 30 persons arrested in Ekiti for flouting order 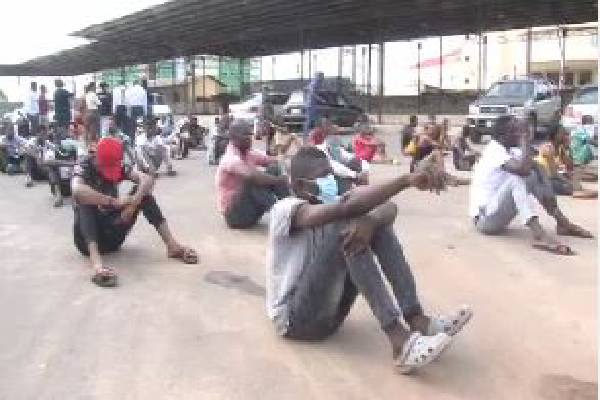 More than thirty persons have been arrested and subsequently charged to court in Ekiti state for contravening the lockdown order of the government.

The latest case in the state which has led to forty three persons being placed on self-Isolation has led to aggressive policing and ensuring that residents comply with the directive.

The State Governor had earlier spoken tough on the obvious negligence of security officers who had resorted to collecting bribes thus giving unrestricted access to Commuters.

Now, the situation is different, there are uniformed men at all borders who are enforcing the lock-down and ensuring that unnecessary movements are curtailed.

The aggressive effort by the state govt to enforce the lockdown has led to the arrest of some people who were apprehended at different parts of the state.

The Attorney-General and Commisoner for Justice say some of those who were arrested are those on essential services who abused the privilege of exemption to ferry people into the state from Lagos.

Why Guys Come Back After You Ignore Them- Why They Come Running Back?