SAD: How three Abuja residents died at home due to Covid-19 lockdown 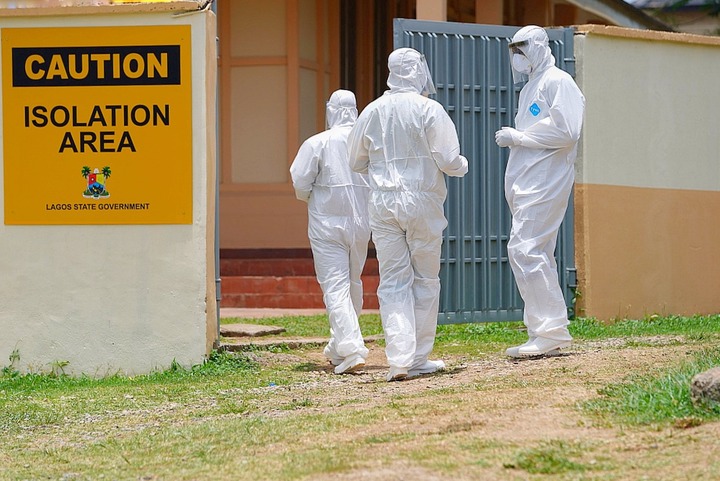 The effects of the Covid-19 lockdown has started hitting hard on Nigerians as three residents in Kubwa died at home while observing the lockdown order.

The most  pathetic is that of a promising female lawyer, name witheld from Abia state who resides in the popular millionaires quarters in Kubwa  that was found dead after her body had decomposed.

According to the account narrated to TheNewsGuru.com, TNG, by her church member, the lawyer had in a chat told a neighbour that she was not feeling too healthy.

The neighbour opposite her apartment simply advised her to visit the hospital but due to the lockdown last Thursday it was believed she couldn’t risk it.

By Sunday her neighbour discovered that her door had remained closed and a stench was emitting from her room, he immediately suspected something  was amiss and he alerted the landlord.

The matter was reported at the Kubwa police station and her decomposed body was taken to the Kubwa General Hospital.

But on getting to the hospital, her body was rejected and the landlord and her church member was advised to move her corpse to Gwagwalada Specialist Hospital.

The landlord was advised by the police to hire an ambulance to evacuate the corpse to Gwagwalada.

At Gwagwalada Specialist, the corpse was deposited at the morgue and the hospital authority said an autopsy cannot be conducted because of the Covid -19 pandemic.

The  Chamber where she practices law was contacted and they in turn contacted her family in Abia state.

The other two cases are that of two middle aged men who slumped and died in Kubwa and their corpses were rejected at Kubwa General Hospital over same excuse that since there  was a pandemic corpses from homes cannot be accepted.

The families of the deceased were referred to Gwagwalada Specialist Hospital.

Meet Abigail and Brittany Hensel, the beautiful twins who were born together.See photos

Majek Fashek Obituary: The rainmaker returns to the heavens

Ghana Jesus: The Sad Story Of How Ghana Jesus, Mmebusem Lost Everything