Lebanon government has arrested one of its citizen identified as Wael Jerro, for putting up a Nigerian woman for sale on Facebook.

On Tuesday, April 21st, Jerro, who resides in Beirut Lebanon, sent in an image alongside the data page of the 30-year-old Nigerian, Peace Busari Ufuoma to a Facebook group called ‘Buy and Sell Lebanon.’ 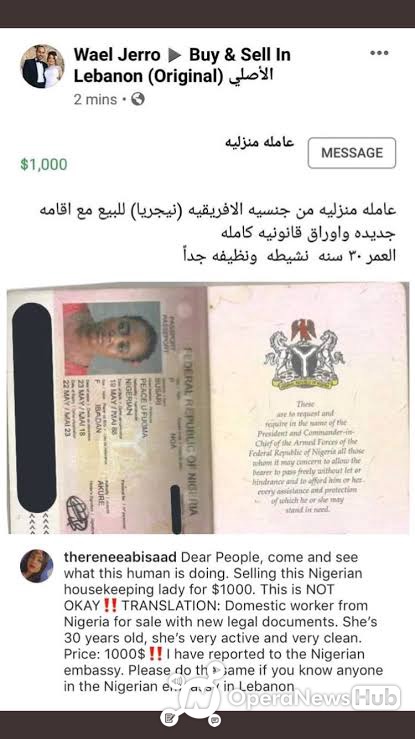 He also placed a $1,000 bill on the domestic worker, saying the Nigerian was very active and very clean.

Reacting, Lebanon government described the act as ‘illegal and inhuman.’

Abike Dabiri-Erewa, chairman of the Nigerians in Diaspora Commission (NIDCOM) has now taken to her official Twitter page to reveal that Wael has been arrested.

“Breaking news on Trafficked Nigerian girl for sale on Facebook by a Lebanese !The Lebenese Government just announced the arrest of Mr. WAEL JERRO for onward prosecution against criminal sales of a human, a young Nigerian girl 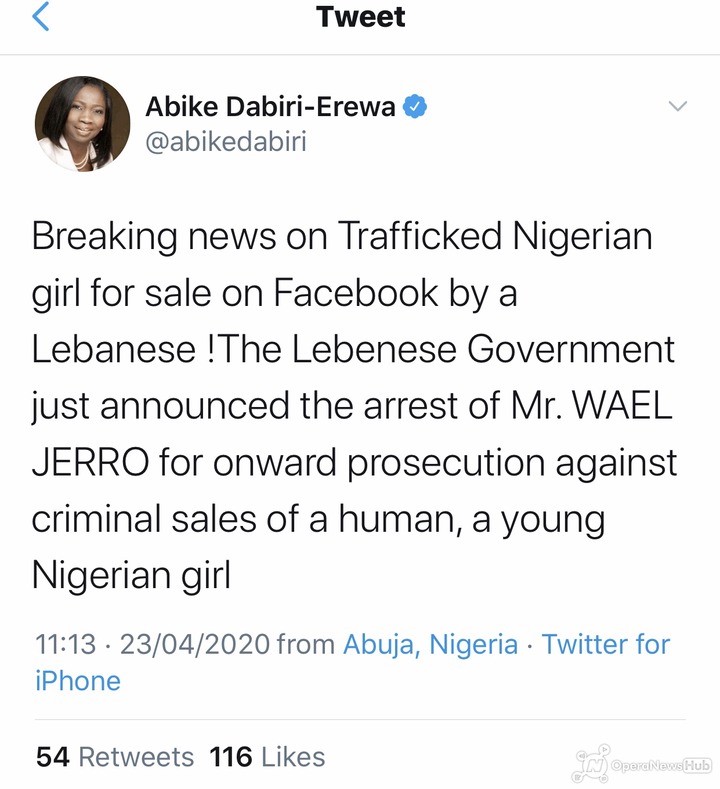 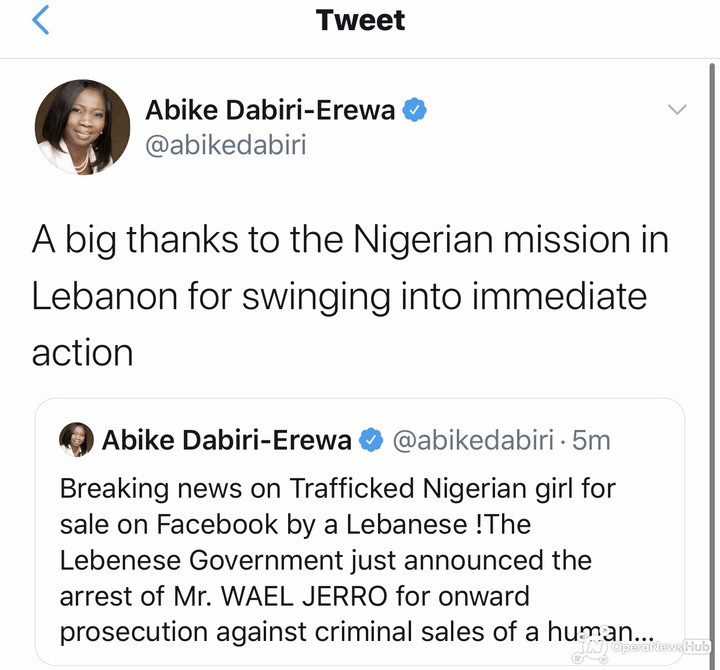 Recall that Abike Dabiri yesterday, reacted to the development, saying a manhunt had started for Jerro and he had been reported to the Nigerian Mission in Lebanon; urging Nigerians to put the lady in prayers.

How to Get a Woman to Fall in Love with You