Although the inhabitants live extremely frugally, these enterprising women and girls earn a regular income that provides food, clothing and shelter for all. Village leaders run a campsite, a kilometre away by the river, where groups of safari tourists stay. Many of these tourists, and others passing through nearby nature reserves, also visit Umoja. 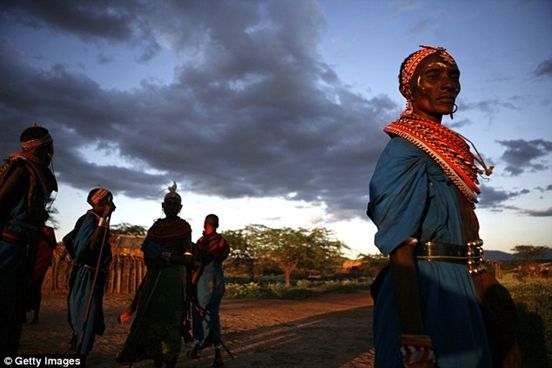 The women charge a modest entrance fee and hope that once in the village, the visitors will buy jewellery made by the women in the craft centre. Goats and chickens wander around, avoiding the bamboo mats on which women sit making jewellery to sell to tourists, their fingers working quickly as they talk and laugh with each other. 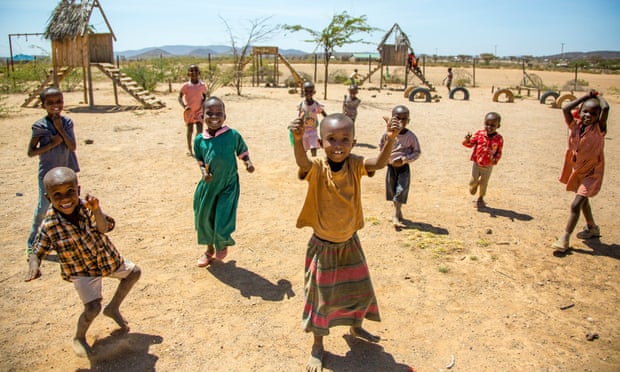 There are clothes drying in the midday sun on top of the huts made from cow dung, bamboo and twigs. The silence is broken by birdsong, shrill, sudden and glorious. It is a typical Samburu village except for one thing: no men live here.

The colourful clothing contrasts with the dry air and terrain, and the harsh sun that picks out the dust that fills the air. 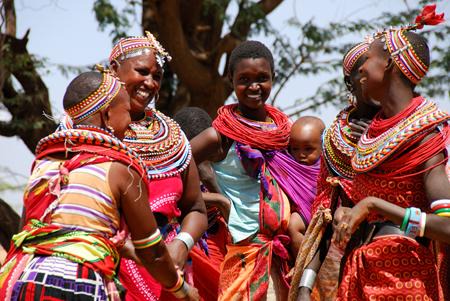 The village was founded in 1990 by a group of 15 women who were survivors of rape by local British soldiers. Umoja’s population has now expanded to include any women escaping child marriage, FGM (female genital mutilation), domestic violence and rape – all of which are cultural norms among the Samburu. Rebecca Lolosoli is the founder of Umoja and the village matriarch.

She was in the hospital recovering from a beating by a group of men when she came up with the idea of a women-only community.

The beating was an attempt to teach her a lesson for daring to speak to women in her village about their rights. The Samburu are closely related to the Maasai tribe, speaking a similar language. 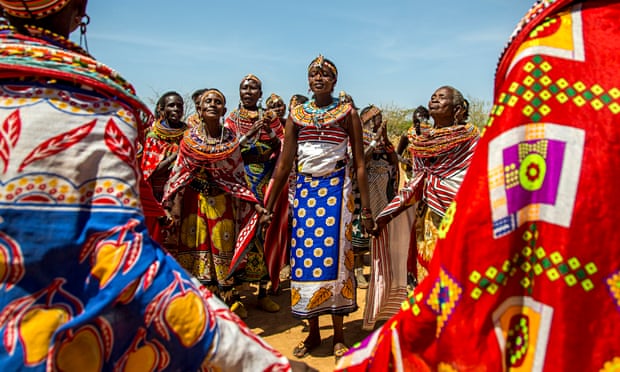 They usually live in groups of five to 10 families and are semi-nomadic pastoralists. Their culture is deeply patriarchal. At village meetings, men sit in an inner circle to discuss important village issues, while the women sit on the outside, only occasionally allowed to express an opinion.

Umoja’s first members all came from the isolated Samburu villages dotted across the Rift valley. Since then, women and girls who hear of the refuge come and learn how to trade, raise their children and live without fear of male violence and discrimination. 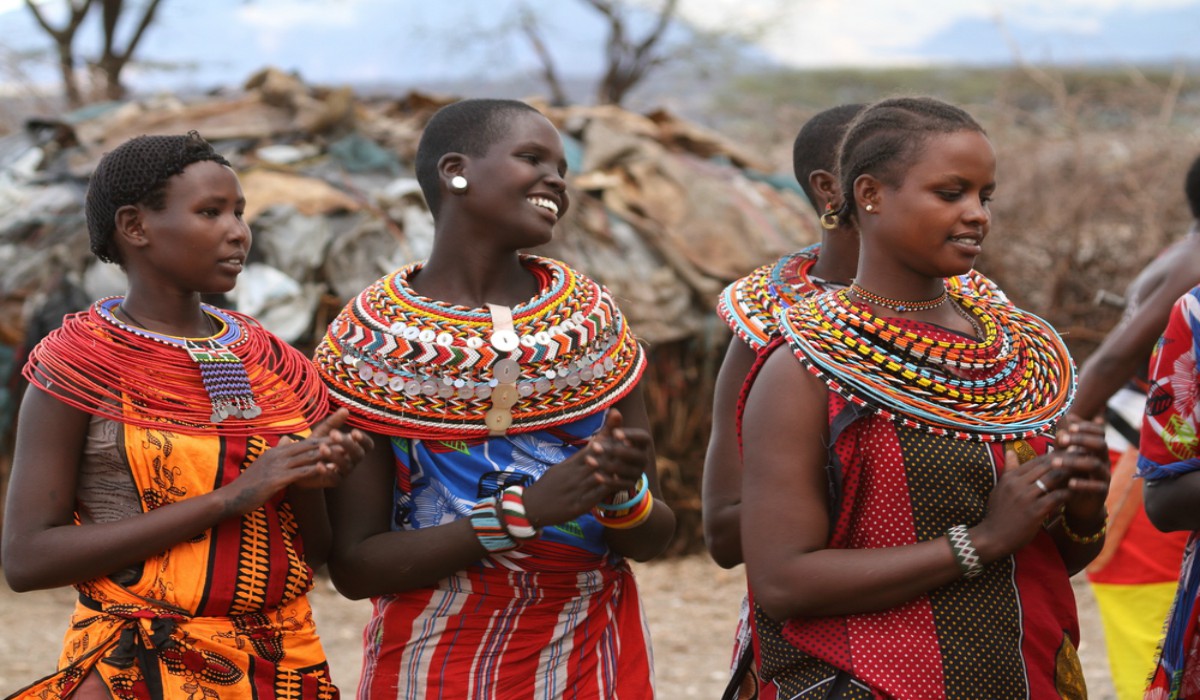 One of the unique features of the Umoja community is that some of the more experienced residents train and educate women and girls from surrounding Samburu villages on issues such as early marriage and FGM.

Ornate beaded jewellery is an important accoutrement of Samburu culture. Girls get their first necklaces from their father in a ceremony known as “beading”. 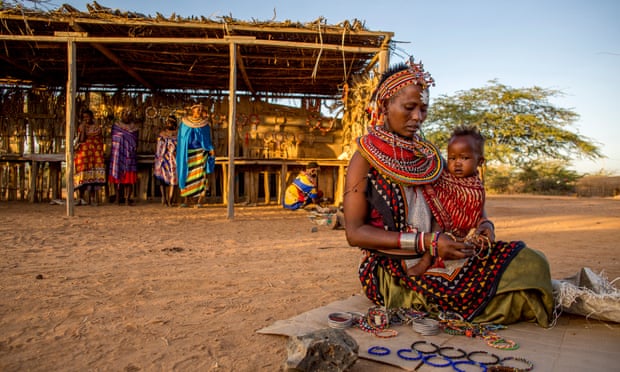 The father chooses an older “warrior” male with which the daughter will enter into a temporary marriage at this time. Pregnancy is forbidden, but contraceptives are unavailable. If the child becomes pregnant, she is forced into an abortion, conducted by other women in the village. 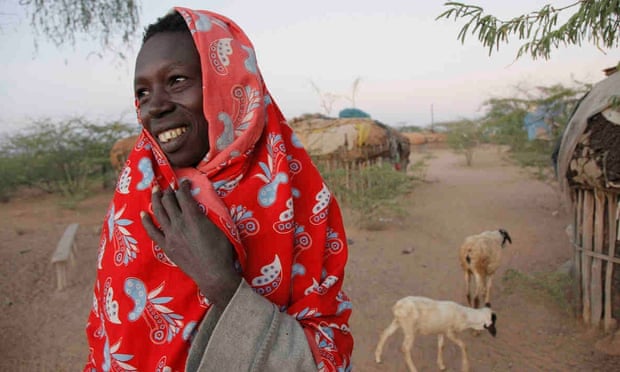 “If a girl is married at an early age, that girl will not be a competent parent. Giving birth they face a lot of challenges: they rupture, they bleed because they are young,” says Milka, head of the academy school built on the land owned by the Umoja women which are open to children from surrounding villages. “Even performing their duties, their chores, it is hard for them. They are thrown into taking care of animals.”

Recent pictures of the Edo boy that hid in the plane tyre to Lagos.