Eclipse 2019: A Christian Preacher Believes The Blood Moon Is Proof Of The Apocalypse Coming 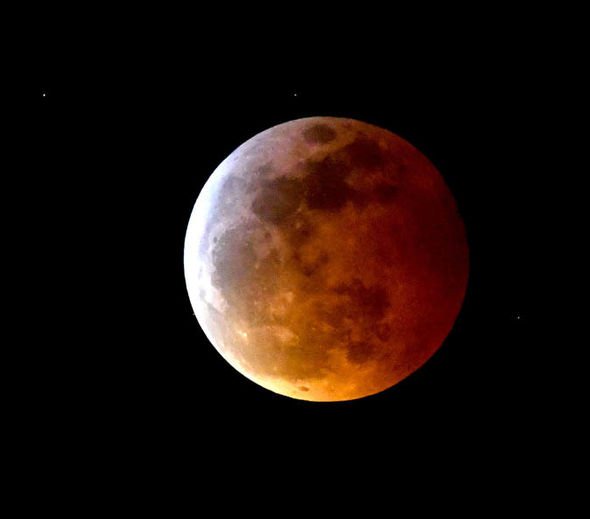 Evangelical preacher Paul Begley, from West Lafayette in Indiana, US, warned the end of the world will come sooner and quicker than expected. The firebrand preacher warned today’s total lunar eclipse is one of the many prophetic signs said to precede the second coming of Jesus Christ These apocalyptic signs, which pastor Begley said are unfolding before his very eyes, include Blood Moons, earthquakes and typhoons. Pastor Begley said: “It’s coming so fast, it’s unbelievable, but I still can’t tell you the day or the hour.

“I can tell you I get emails every day: ‘Paul, how much time do you think we have left?’

“Some people say: ‘Paul, I know that you don’t know the day or hour but if you had to guess, what would it be?’

“Don’t just do that, it’s not going to happen that way because some of the events in the Bible take longer to achieve than others. “But I can tell you this, God’s got a final hour.”

And when God’s final hour arrives, Pastor Begley said humanity needs to be prepared. In the Christian Bible, there are at least three mentions of a Moon turning blood-red during a time of widespread cataclysm. A Blood Moon-like phenomenon is mentioned in the prophetic Book of Joel, Book of Acts and the Book of Revelation, which is the final book of the Bible.

The Book of Joel 2:30-31 reads: “I will show wonders in the heavens and on the earth, blood and fire and columns of smoke. “The sun will be turned to darkness and the moon to blood before the coming of the great and awesome day of the LORD.”

A similar passage in Acts 2:20 reads: “The sun will be turned to darkness, and the moon to blood, before the coming of the great and glorious day of the Lord.” And the Book of Revelation which describes the prophetic visions of the world ending, speaks of the Moon turning into blood during the opening of a sixth seal. The prophetic Blood Moon is accompanied in Revelation 6:12 by earthquakes and the Sun vanishing from the skies.

The biblical scripture reads: “And I beheld when he had opened the sixth seal, and, lo, there was a great earthquake; and the sun became black as sackcloth of hair, and the moon became as blood;”

These three passages coupled with Blood Moon eclipses and natural catastrophes around the globe supposedly add up to evidence of Jesus Christ’s return. Pastor Begley said: “God’s final hour is coming, folks, and there is no stopping it.”

The Blood Moon peaked today at 5.13am GMT (UTC) over North and South America and parts of Europe and Africa. From start to finish, the eclipse lasted three hours and 17 minutes. Blood Moon totality, however, only clocked in at one hour and two minutes. The dazzling light show was caused by a cosmic trick of light known Rayleigh Scattering. When sunlight passes through the Earth’s dusty atmosphere around the planet’s edges, blue colours of light on the visible spectrum are filtered out.

Shorter wavelengths such as red and orange pass through unharmed and fall on the Moon’s face during a total lunar eclipse.

50 Cent Slams His Son Again Saying He Wishes Tekashi 6ix9ine Was His Child Instead!