50 Cent Slams His Son Again Saying He Wishes Tekashi 6ix9ine Was His Child Instead! 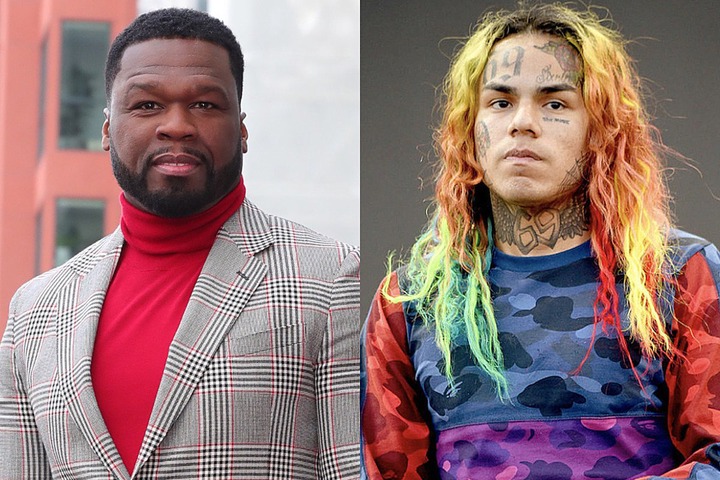 It looks like 50 Cent’s feud with his own son is getting more and more explosive! This time around, the rapper went as far as to say that he’d rather have Tekashi 6ix9ine as his child instead of Marquise.

It’s no secret that the father and son don’t like each other at all as in the past they have both thrown shade at one another, multiple times.

But yesterday during his IG Live, one fan asked if he’d seen Tekashi 6ix9ine in the aftermath of his release from prison.

After all, 50 has actually called the younger rapper his ‘son’ before so people were curious to know if they’d met up following his release.

In fact, when the fan asked that question, they also referred to Tekashi as his son.

But when he responded, the rapper proceeded to throw shade at both Tekashi and his actual son!

‘Nah, I ain’t heard from Tekashi. He’s his mother’s child now. He told on everybody. He better than Marquise, though. I’ll take him before I take my actual [son]…f*** that n****,’ he said on camera.

50 Cent and his son’s relationship has not been the best in a long time.

Their bad history starts way back in 2008 when he started beefing with his mother, Shaniqua Thompkins, over the rapper’s 4 million mansion.

The man attempted to throw her out of the house after apparently promising to give it to her and their son.

Eventually, the mansion burned to the ground so his ex accused 50 of having a role in that.

While he was eventually cleared of those accusations, the bitter feud between the parents ruined his relationship with his son, Marquise.

At the time, he explained that ‘My relationship with my son is changing because me and his mom aren’t friends anymore.’

Eclipse 2019: A Christian Preacher Believes The Blood Moon Is Proof Of The Apocalypse Coming

There is logic behind my craziness

Top 20 People Who Thought They Were Ugly Ducklings, but Time Proved Them Wrong